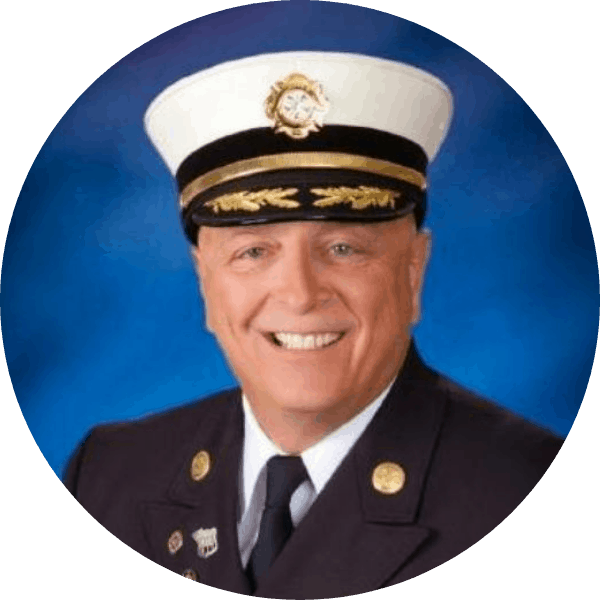 Chief Richard Marinucci has 40 years of experience in the fire service and served as Chief of Department for over 30 years.

Chief Marinucci is a Past President of the International Association of Fire Chiefs and served as Acting Chief Operating Officer of the U.S. Fire Administration while serving as Senior Advisor to the Federal Emergency Management Agency Director.

He currently serves as the Executive Director of the Fire Department Safety Officers Association. He was the national program manager for the Everyone Goes Home program of the National Fallen Firefighters Foundation from 2008 – 2011.

Chief Marinucci has authored the Fire Chief’s Guide to Administration and Management and is a regular columnist for Fire Engineering and Fire Apparatus magazines. He is the editor of the 7th Edition of the Fire Chief Handbook.

Chief Marinucci served as Chairman of the first Commission of Professional Credentialing and was one of the first 15 Chief Fire Officers to be designated in 2000.  He was awarded the Ronny Jack Coleman Leadership Legacy Award from the Center for Public Safety Excellence in 2013.

He has lectured across the United States and in Canada, Japan, and Europe. He currently is on the faculty for Eastern Michigan University School of Staff and Command.