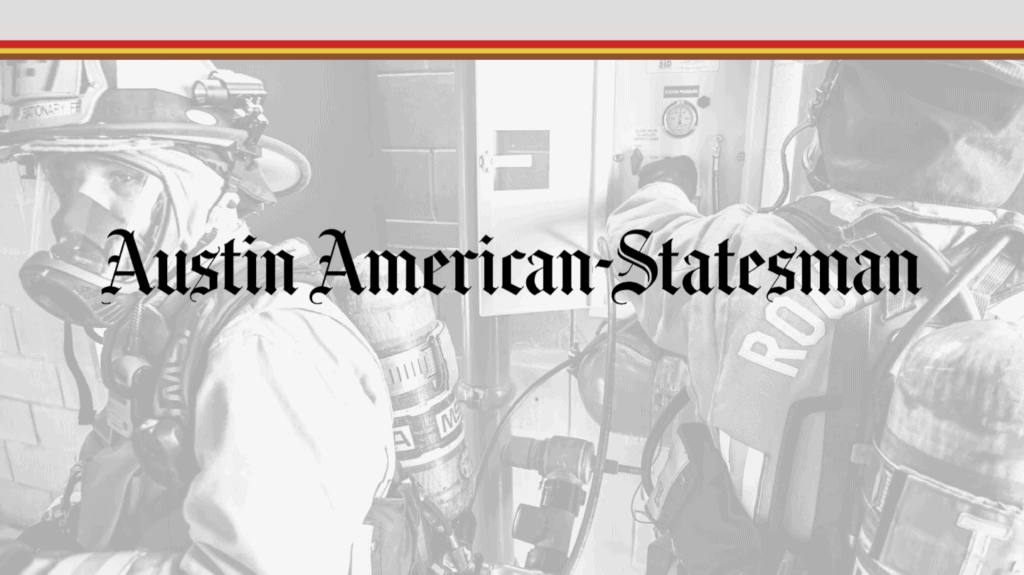 September 21, 2021
Rebeccah Macias, Austin American-Statesman
Round Rock may not have many high-rise buildings yet, but the Fire Department is getting prepared for when it does.

The city’s five-story fire training center was recently equipped with an air replenishment system that can help firefighters train to battle blazes in high rises. The 12-story Kalahari Resorts was built with the firefighter air replenishment system, or FARS. The system uses a permanently installed standpipe to deliver an instant and constant supply of air to firefighters in large structures during a fire or any emergency where air quality is compromised. It can be used to fill firefighters’ air bottles in two minutes or less.

“We’re really excited because this is cutting edge technology that is in the latest fire code for development of high-rise buildings,” said Chief Robert Isbell. “We look at this being a game-changer operationally for how we’re going work on high-rise buildings. In the past, it would take about four or five more companies to come in to help support the operation of just carrying up equipment to elevated floors.” 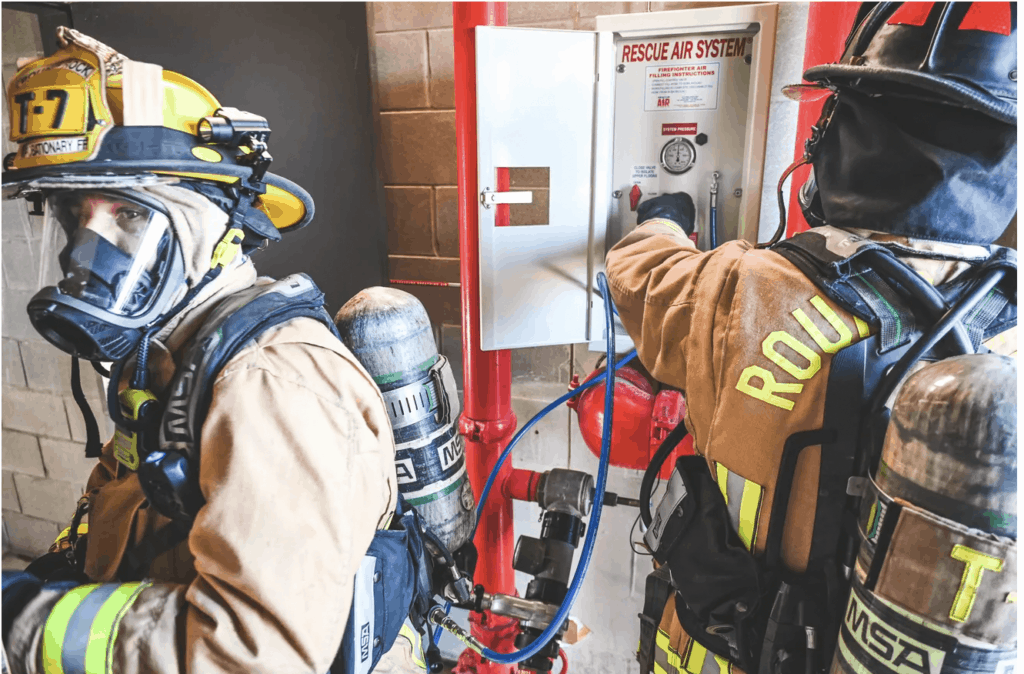 Kalahari Resorts is the only building in Round Rock to have a FARS system installed for firefighters to use, but city officials say they plan to install the systems is buildings that are five stories high and taller. City of Round Rock

Isbell, who has been the city’s fire chief for five years, announced this month he will be leaving the department on Oct. 1 to become the chief in Stephenville, about 60 miles southwest of Fort Worth. City officials said an interim chief will be named in the coming weeks.

By using the FARS system, Isbell said, firefighters can avoid trekking down five flights of stairs to fill up their air tanks. Instead, the compression systems can be found and used on various floors of a high-rise building.

“Some of the oldest systems were installed nearly 18 years ago, so this is now part of the new requirements,” Isbell said. “Most recently, we’ve had Kalahari come to town and build a high-rise building and they put the system in, so because of that, we started training with it.” 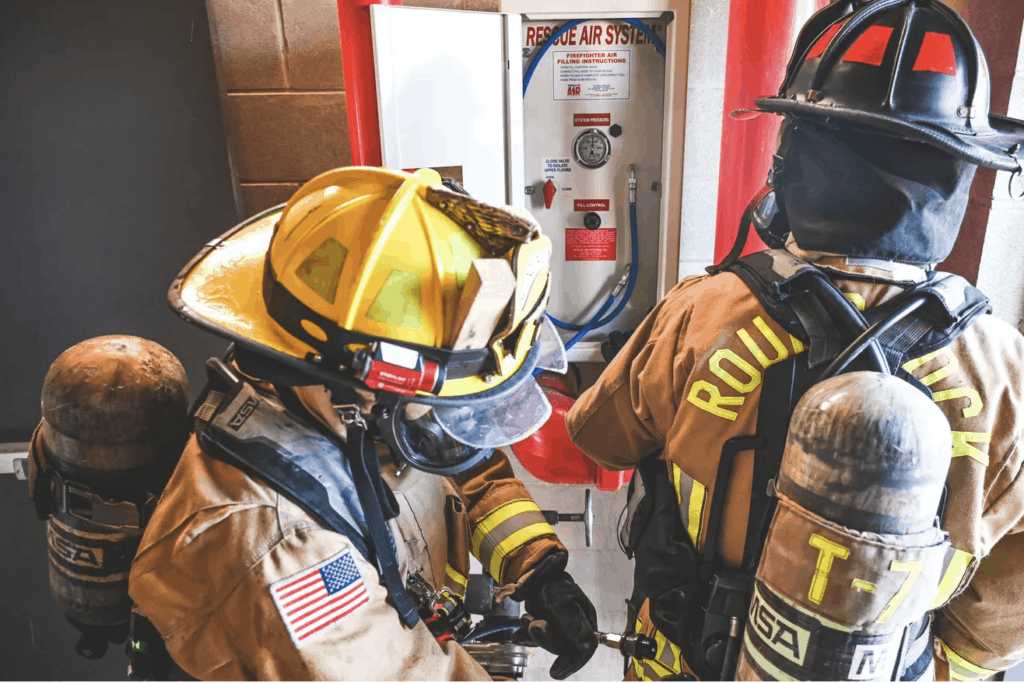 The new FARS system will deliver safe, immediate and endless supply of air to Round Rock firefighters inside a high-rise building. City of Round Rock

“We worked with Kalahari to get this installed (at the resort) and we started to become more familiar with the system by training with it at Kalahari,” Isbell said. “We then engaged in getting one installed here at our public training facility and now we train with it all the time because we know that the future of Round Rock and the development is going to go vertical. We’re going to see more taller buildings, which would mean we’re going to see more of these systems installed.”

More than 25 cities in the Texas require FARS, including Plano, Midland, Frisco, Grand Prairie and Laredo. Isbell said more cities are expected to adopt FARS during its 2021 code cycle.

“It’s cutting-edge technology and the code will get adopted in cities around the state because it will now be a requirement,” Isbell said. “We’re proud to say we adopted the code that required it, and that Kalahari partnered with us as the first development to require it in the city.”

Mike Gagilano, a retired firefighter and board of directors for the Firefighter Air Coalition, said high-rise buildings that don’t have the FARS system puts firefighters at risk, such as in the 1993 bombing of the World Trade Center in New York City.

The FARS system can cost around $200,000, depending on a building’s size. The system was provided to the city’s training facility at no cost by the Firefighter Air Coalition, an advocacy group that promotes firefighter safety.

“Firefighters are out here doing their best, working as hard as they can, and I promise you these firefighters will put their own lives at risk to make sure your life is safe,” Gagilano said. “It is so inspirational to see when these systems are installed, because … especially in fires seen in high-rises, literally the seconds count.”