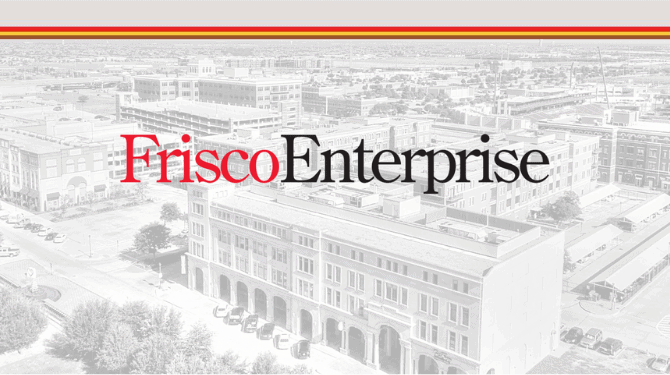 Frisco firefighters made Texas history while fighting a high-rise fire

The high-rise building fire first came in as a water-flow alarm, an alert that water in the building’s sprinkler system was moving, and the Frisco Fire Department responded as it usually does with those types of alarms: one engine, a truck and a battalion chief to go check it out.

When fire department personnel arrived, they found smoke in the hallway of the 12th floor, prompting the department to upgrade to a structure fire response. Thanks to the sprinkler system, the fire was out relatively quickly, about an hour after the first alert.

Nevertheless, the response also made history.

The May 16 fire marked the first use of a Firefighter Air Replenishment System in Texas in a working fire, making the Frisco Fire Department the first in the state to do so.

As first responders fight fires, they’ll use air bottles to breathe to avoid taking in smoky air and the poisonous effects that come with it. As those bottles are used, they have to be replaced, usually by firefighters assigned to the “bottle brigade.”

Similar to how sprinkler systems work, the Firefighter Air Replenishment System provides a standpipe system for air that delivers air for bottle refilling to multiple parts of a building so that firefighters can quickly refill the bottles and get back to fighting a fire.

“Our fire chief’s very innovative,” Gall said. “He likes to make sure that we have the best stuff, the most effective stuff, and go from there.”

In most high-rise fires, Gall said, the floor below typically serves as a staging area where extra supplies, tools and air bottles will be taken.

The city now has three finished buildings that have the system, Gall said, and three more are being built and that will include it.

The North Central Texas Council of Governments has recently recommended that each of its member governments adopt codes that require the system.

“Many jurisdictions in North Texas and across the country have already adopted this appendix and are enforcing and installing these systems to improve the life safety of firefighters and enhance their firefighting capabilities in an emergency incident, which is one of the reasons for recommending this appendix for adoption – to ensure regional consistency, as well as to improve mutual emergency aid among jurisdictions in North Texas,” the council document stated.